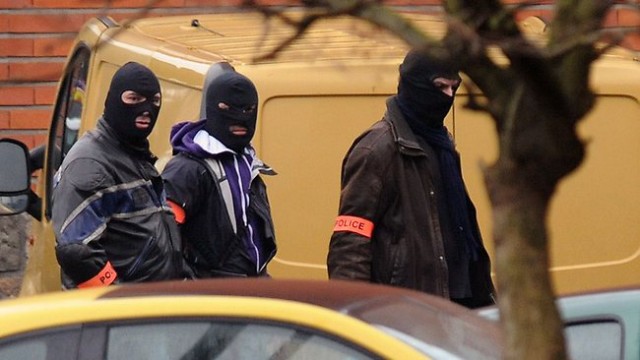 France is relatively safe and most crimes are non-violent. Crime in Paris is similar to that in most large cities. Pickpockets are by far the most significant problem. In addition to purses and wallets, smart phones, and small electronic devices are particular targets. In Paris, pickpockets can be any gender, race, or age but are commonly children under the age of 16 because they are difficult to prosecute. Pickpockets are very active on the rail link (RER B) from Charles de Gaulle Airport to the city center. In addition, passengers on the Metro line 1, which traverses the city center from east to west and services many major tourist sites, are often targeted. Thieves often time their pickpocket attempts to coincide with the closing of the automatic doors on the Metro, leaving the victim on the departing train. Many thefts also occur at major department stores (e.g., Galeries Lafayette, Printemps, and Le Bon Marché), where tourists may leave wallets, passports, and credit cards on cashier counters during transactions. Popular tourist sites are also popular with thieves, who favor congested areas to mask their activities. The crowded elevators at the Eiffel Tower, escalators at museums, and the area surrounding the Sacre Coeur Basilica in Montmartre are all favored by pickpockets and snatch-and-run thieves. There have also been some instances of tourists being robbed and assaulted near less populated Metro stations. Other areas in Paris where extra security precautions are warranted after dark are Les Halles and the Pigalle area.

Violent crime is relatively uncommon in the city center.

The majority of crimes directed against foreign visitors, including U.S. citizens, involve pickpocketing, residential break-ins, bicycle theft, and other forms of theft with minimal violence. However, robberies involving physical assault do occur in Paris and other major urban areas. Tourist sites (e.g., museums, monuments, parks) and the public transportation system are locations where criminals routinely operate. Travelers must be aware and attentive to their surroundings particularly in congested areas at train stations, airports, and subways. Crimes against visitors are generally crimes of opportunity, though these crimes are more likely to involve violence late at night or when the victim detects the theft and resists the criminal.

Most French residents take vacations in August and December; there is generally an increase in the number of residential break-ins then. The majority are attributed to residents not using security measures already in place, such as failing to double lock doors and lock windows. Burglaries are frequently preceded by phone calls to see if the resident is at home. Often thieves who gain access to the apartment building will knock on apartment doors to see if anyone answers, claiming they are taking a survey or representing a utility company.