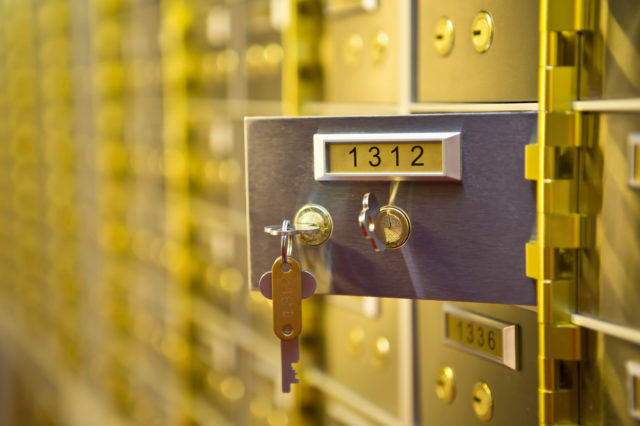 NEW YORK (AP) — You’ll no longer be able to store your precious coins, jewelry and paperwork at JPMorgan Chase & Co., as the bank has stopped opening new safety deposit boxes for customers.

A spokesman for the bank said Chase decided late last year to stop offering new deposit boxes to customers as a “business decision” but declined to share specifics. Customers who have a box with Chase will be able to keep the box as long as the branch stays open, but they will not be able to open a new one at another location.

Banks long stopped opening up cavernous branches with dozens of teller windows and a vault the size of a one-bedroom apartment. Reflecting the fact that customers may not enter a bank branch for months at a time, most branches are now designed to be small, with multiple ATMs, as well as breakout spaces so bankers can one-on-one interactions with customers when needed. Chase’s newest branches have not vaults for some time.