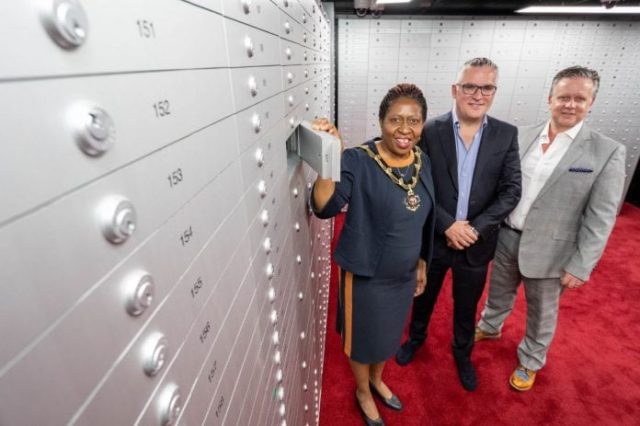 Based in Stoney Street, Nottingham Vaults has been introduced in response to high demand for the service in the Midlands as most major banks no longer offer safe deposit services to their customers.

Access to the facility is granted through a navigation of personal identification, biometric scanners, customer code and digital photo recognition – a level of security and technology which surpasses the standards set by banks.

Co-founder Seamus Fahy said; “We are absolutely thrilled to have the Sheriff of Nottingham officially open Nottingham Vaults. Enquiries and sign ups have continued to pour in since the completion of the facility, with many citing that they previously held a safe deposit box with a bank before the services were scrapped.