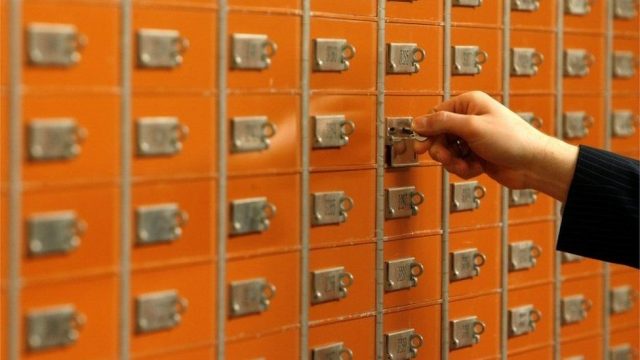 Thousands of valuable items stored in bank safety deposit boxes cannot be traced to their owners, a BBC investigation has been told.

Sources at Lloyds, RBS and Barclays told BBC Radio 4’s You and Yours that branches have been running disorganised “safe custody” systems.

Changes to the services have also seen some customers unable to retrieve items, the sources said.

The banks said they were committed to storing customers’ items safely.

Gillian Robinson, from Dorset, lost an estimated £10,000 of family heirlooms in 2013 when Lloyds Bank failed to locate them. She has since been reimbursed.

Gold jewellery from India which her parents had received as traditional wedding gifts was stored with Lloyds when they came to the UK.

The box included a necklace handed down by her great-grandmother which she described as “priceless”.

Mrs Robinson said: “I got a call from the bank, saying they were transporting everything from their vaults up north to a safety deposit area, and then they discovered they couldn’t find mine.

“Inside that box was my mother’s family jewellery, jewellery given for weddings. It’s all gone.

Renting a Safe Deposit Box from an Independent Supplier versus a Financial Banking Institution.