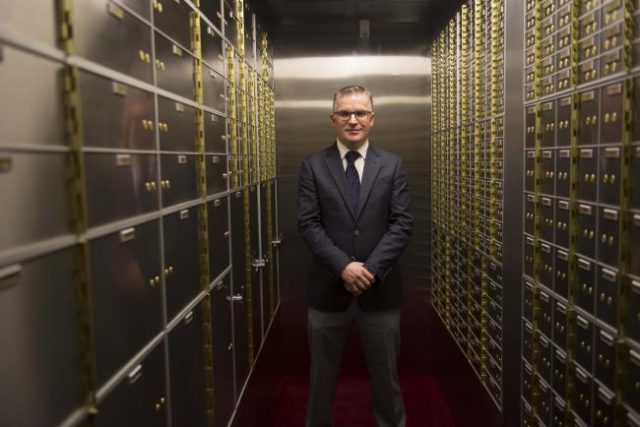 A PRIVATELY-owned safe deposit box company is setting up in Edinburgh in response to a wave of break-ins.

The new Edinburgh Safe Deposit service will offer people the chance to secure valuable possessions, from cash to jewellery and family heirlooms.

The business, which also opened a Glasgow Vaults safe deposit service in 2016, says that demand for secure storage has risen in the capital after criminals began targetting upmarket properties.

In Edinburgh in 2017/18 there were more than 3,000 crimes or offences of house break-ins recorded, ahead of Glasgow in second place with just over 2,500.

Meanwhile, the EH4 and EH15 areas of Edinburgh rank among the top 20 UK postcodes for insurance claims following a break-in.

Police Scotland have also warned people to be vigilant following a number of break-ins across the country, including the capital, targeting Asian gold, jewellery and cash.

Officers said in November 2019 that since April there had been 35 reports of break-ins to properties in Edinburgh, Glasgow, Paisley, Renfrew and Ayrshire, resulting in £500,000 of jewellery and cash being stolen.

MySafe wants to be what ATM has done to cash withdrawal

Things to consider when choosing your safe deposit box facility.